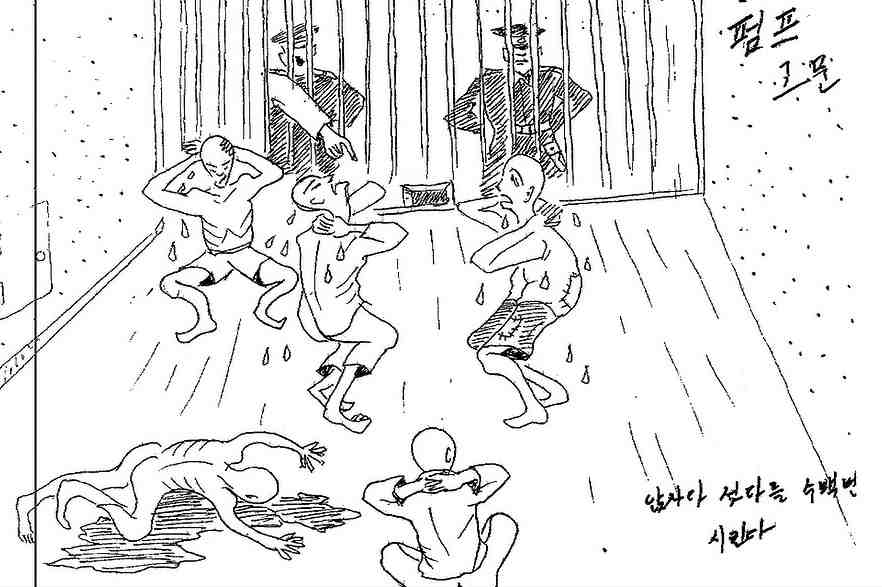 The new report by the United Nations’ Human Rights Council is nearly 400 pages of horrifying detail about North Korea’s systematic “crimes of extermination, murder, enslavement, torture, rape and persecution on grounds of race, religion and gender.” Based on interviews with hundreds of witnesses and victims, it’s dense, disturbing reading. But in case the firsthand accounts aren’t affecting enough, one former prisoner, Kim Kwang-il, who spent two years in a prison in North Korea, enlisted an illustrator to draw the torture he witnessed. 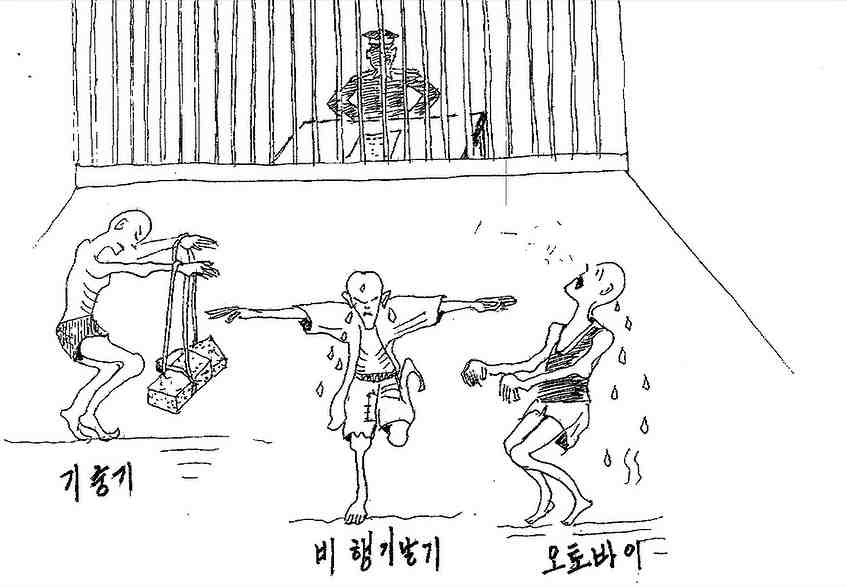 Scale, Aeroplane, Motorcycle Torture: Prisoners were made to hold uncomfortable positions for extended periods of time.

Pigeon Torture: According to one prisoner, “Your hands are handcuffed behind your back. And then they hang you so you would not be able to stand or sit” for up to three days. “There are no people watching you. There is nobody. And you can’t stand, you can’t sleep. If you are hung like that for three days, four days, you urinate, you defecate, you are totally dehydrated. … [the pigeon torture] was the most painful of all tortures… [it] was so painful that I felt it was better to die.”

Detention Center: “People who fainted during an interrogation session were accused of faking their unconsciousness and made to start again.” 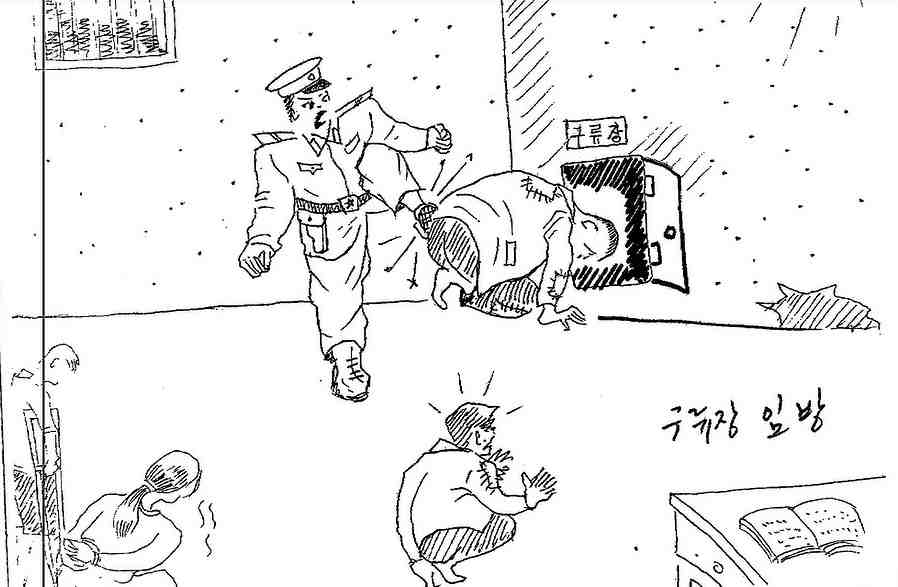 Starvation: “Their rations were so little of it that the families hunted snakes and rodents to secure the survival of their young children.” 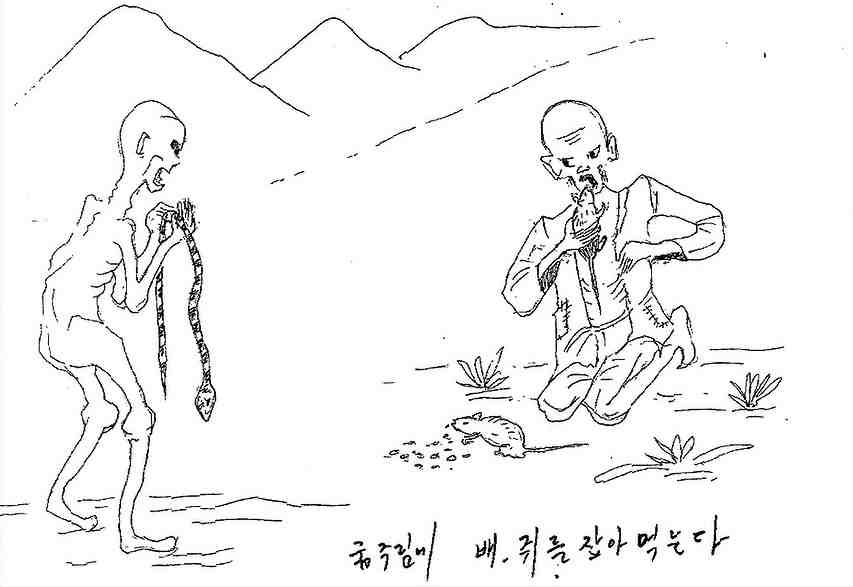 Rotting Bodies: “The mice eat the eyes, nose, ears, and toes of the corpses.” 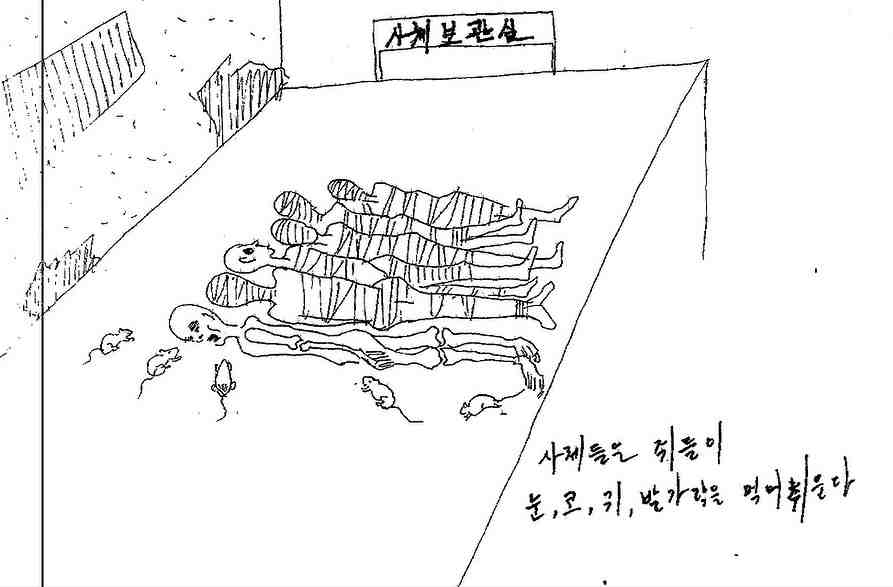 Mass Graves: “When the corpses started to rot, the other prisoners were made to go to the mountains where they dug a hole and dumped the bodies without any coffin, ceremony or gravesite marking.” 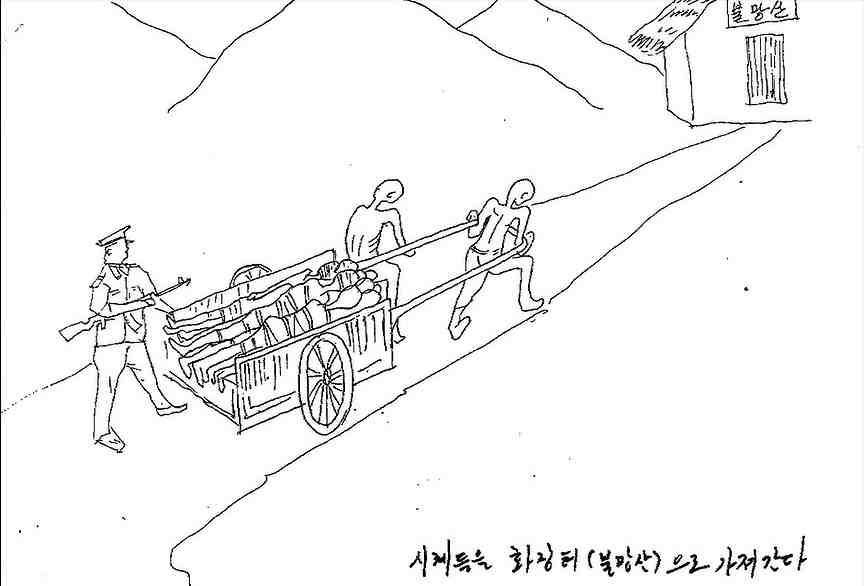 Solitary Confinement: “Once you are in there, not a lot of people make it out. Once you are in the solitary cell, you are beaten up and they give you 30 grams per meal and you get cold, so that leads to an immediate weakness. Somebody who weighs 50 kilograms [when they go in], their weight is reduced to 20 kilograms [when they exit solitary confinement].” 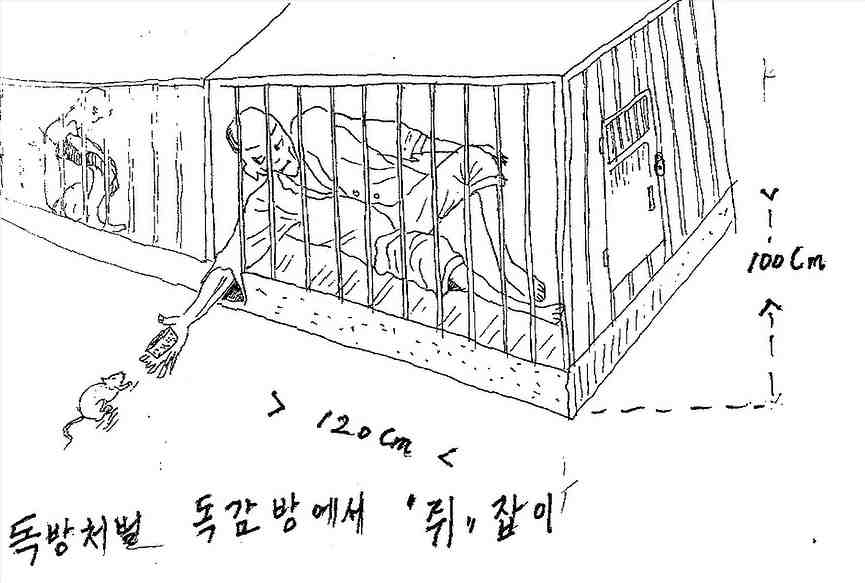 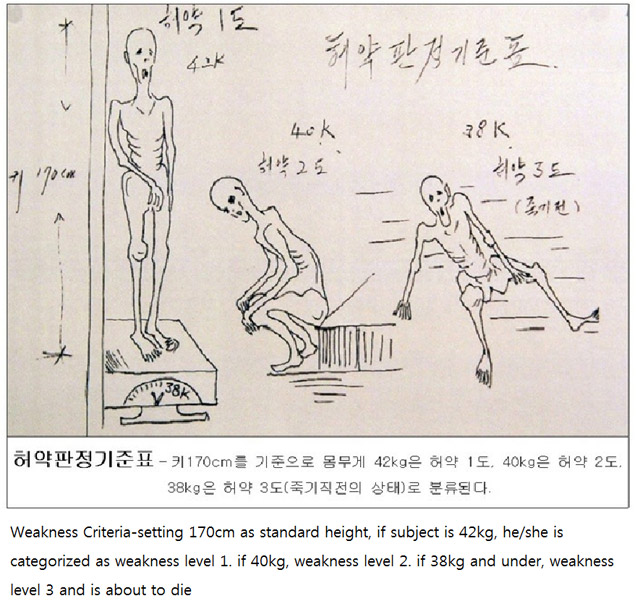 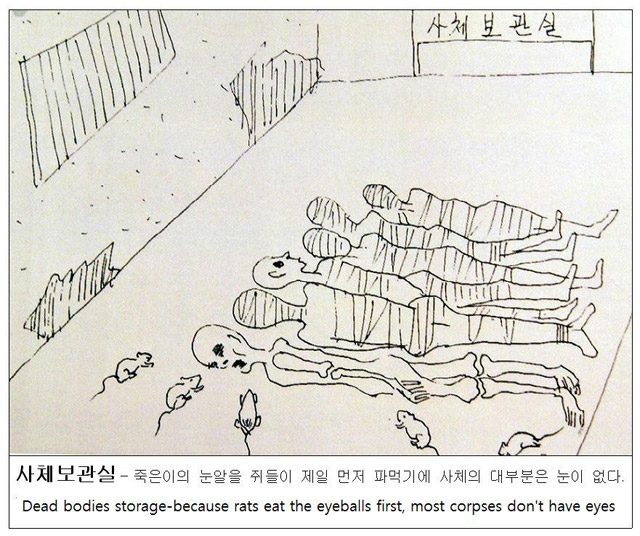 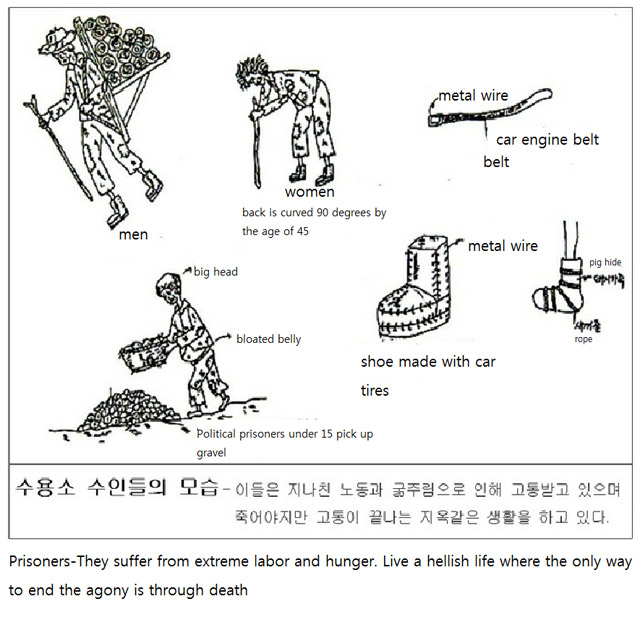 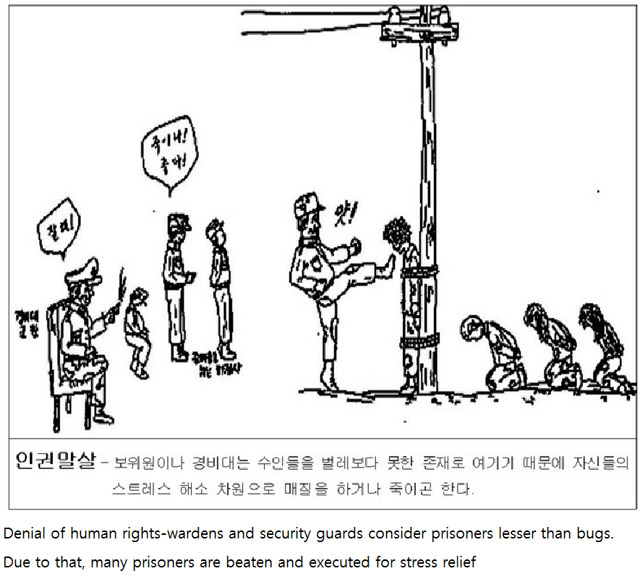