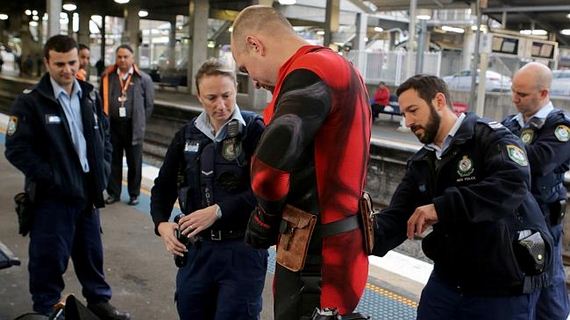 Australian Reuben Rose, on his way to a charity event and carrying a tray of cupcakes, was surrounded by police at a train station in Blacktown, Sydney today after his fellow commuters became concerned at the stuff in his bag.

Rose, you see, was dressed as Marvel’s Deadpool (part of the national Superhero Week charity drive) and along with the cupcakes he was also carrying swords, ammunition, grenades and firearms. 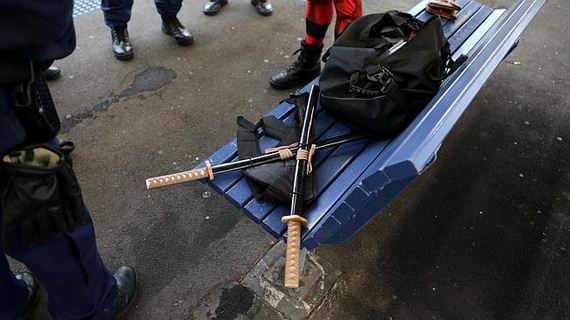 They were all plastic props, part of his costume, but obviously not everyone on the train was aware of that, so in the middle of his ride Rose found himself yanked off at a station and surrounded by five cops.

He was soon on his way, but not before the Daily Telegraph could call him both “Deadpool” and “Spiderman” in the same story — as well as claim he was ARRESTED in the headline before burying at the very end of the story that the “police did not charge him with any offence.” 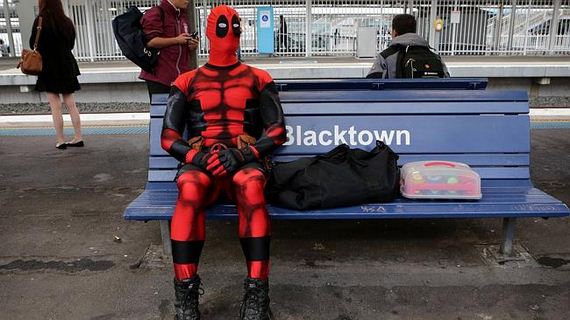