Two boa constrictors pulled from the bushes of a children’s playground Fully grown snakes were spotted by terrified parents near the swings Snakes caught by police using a litter picker and stuffed into evidence bags Police have captured boa constrictors living at a children’s playground after terrified parents spotted them slithering around the kids’ swings.  The two massive snakes measured 8ft and 6ft in length and were pulled from the bushes of the playground at Plashet Park in East Ham, London.  Worried parents called 999 after they spotted the snakes, which can grow up to 18ft in length, inhabiting the area. 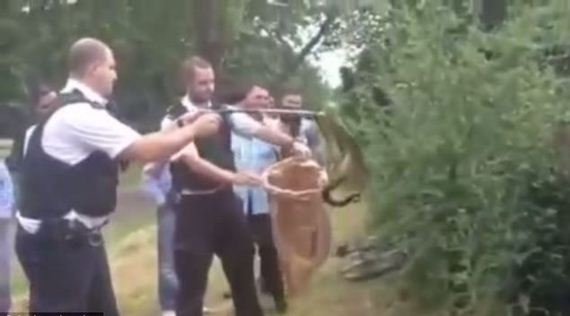 ‘I’m not going anywhere near the park until they call in the experts and figure out why the park is full of snakes – there is no chance my kids are going there to be gobbled up until they sort this out.’  Adult boa constrictors in captivity feed on rats, mice, rabbits and even chickens – meaning a cat, small dog, or guinea pig would be ‘easy prey’ for the escaped snakes, which are believed to have been set free in the park by an owner who could no longer afford to keep them.  The maximum length of a boa is 18ft, but they usually only grow to about 10ft.  The reptiles are indigenous to the Americas and kill their prey by asphyxiating them – wrapping themselves around their prey and crushing the life out of them. 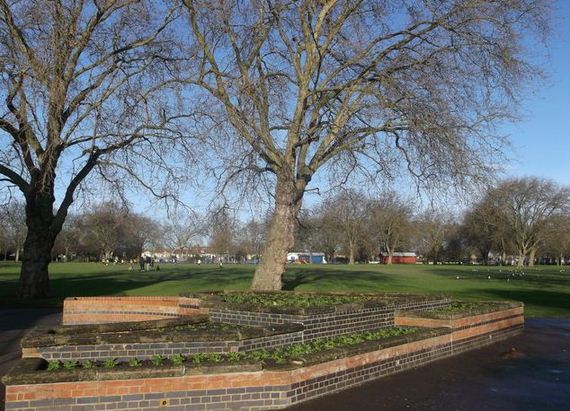 The snakes were found living in the bushes of East Ham’s Plashet Park, an area popular with children 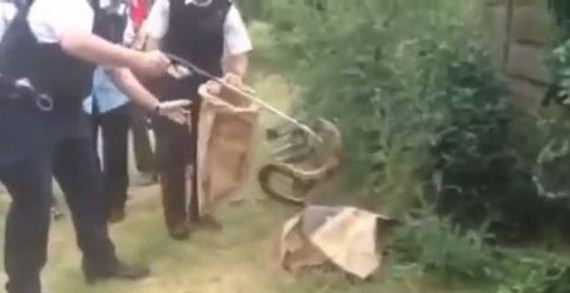 It’s believed the snakes were dumped in the park by a pet owner who could no longer afford to care for them  The news two large snakes had been found in a London playground frightened a number of locals.  Writing online, one said: ‘The police found snakes in Plashet Park… Literally on my doorstep.. Yo, I’m moving to Essex.’  Another wrote: ‘Just went past Plashet Park – keeping my eyes open for those snakes.’  Young boa constrictors need to be fed once a week, but older snakes can go without food for up to a month.  Experts warn that adult boa constrictors should be handled by two people as they are incredibly powerful.  A spokesman for the Metropolitan Police confirmed that officers were called to Plashet Park and that two boa constrictors were captured last week.