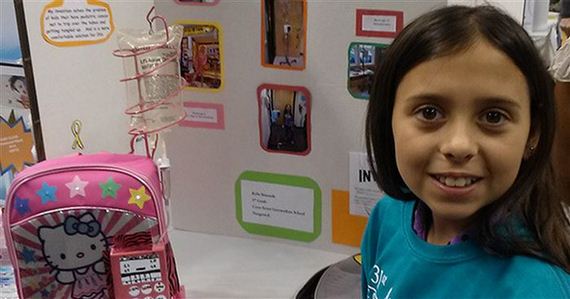 Kylie is 11 years old and lives in Naugatuck, Connecticut with her family.In March of 2011, Kylie was diagnosed with rhabdomyosarcoma, a rare cancer affecting children. 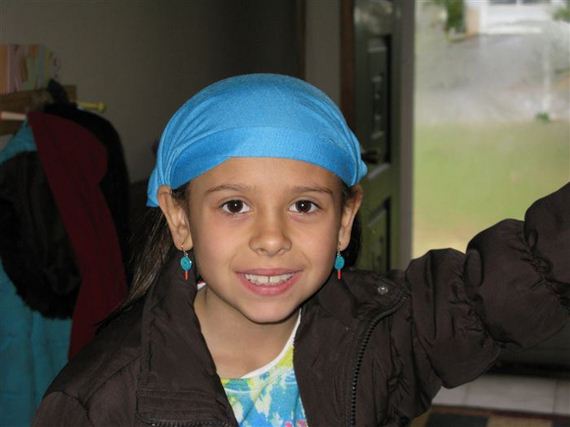 Kylie underwent chemotherapy, radiation treatment, and surgeries. The toll this took on eight-year-old Kylie and her family is simply unimaginable. After 46 agonizing weeks of chemotherapy, MRI and CT scans turned up no evidence of the cancer. Kylie had remained strong the whole time, and she had beaten cancer! 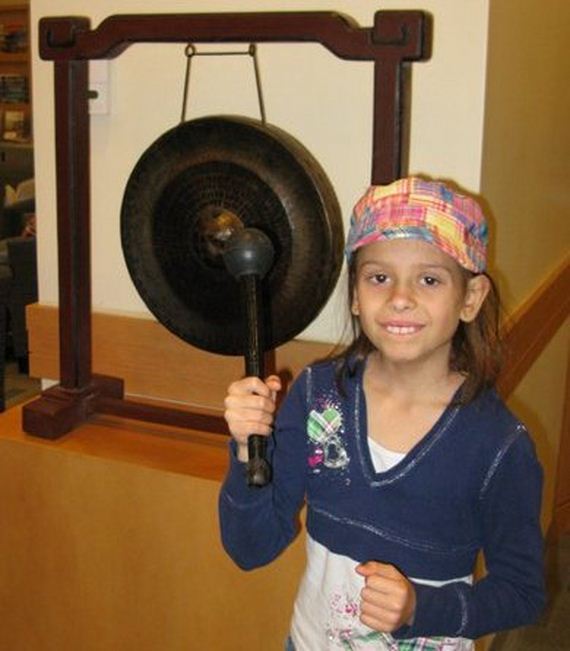 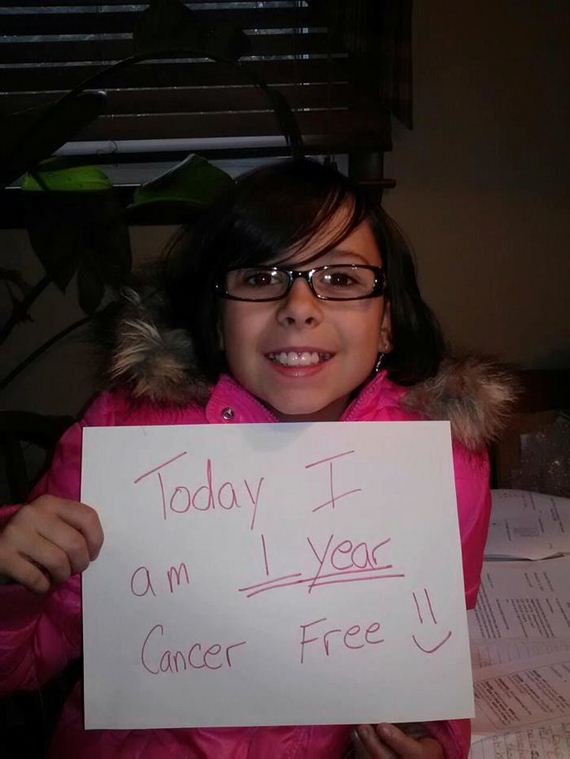 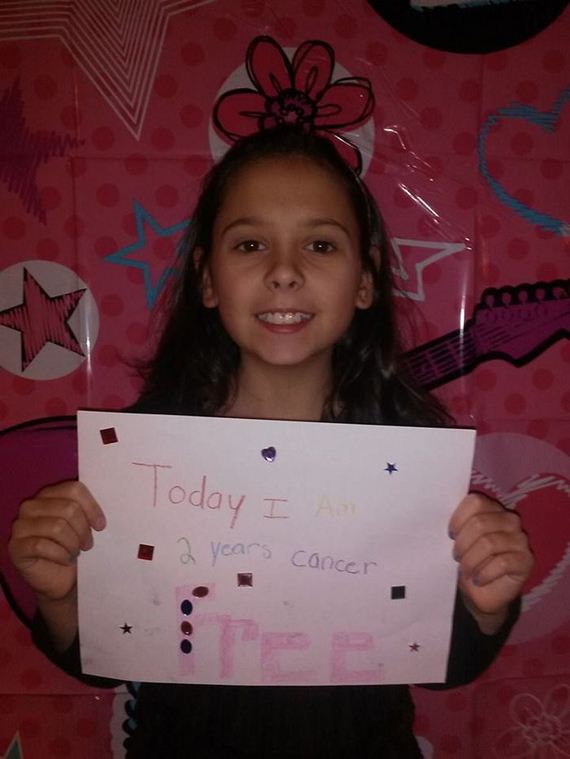 Recently, Kylie’s school asked its students to come up with a new invention. This is a pretty typical question to be asked as a child, and most of us come up with simple ideas. Kylie’s invention, though? Sheer brilliance.

An IV pediatric backpack for kids with cancer! 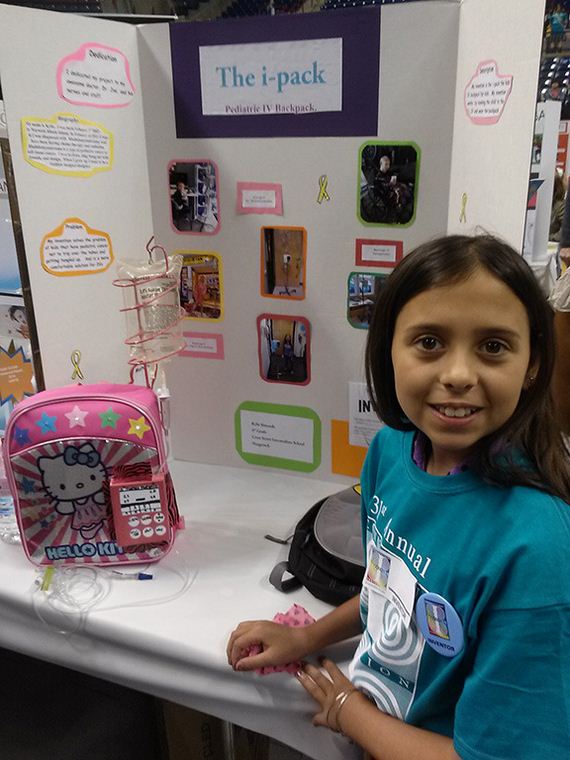 Kylie’s design won, and she was invited to attend the UCONN Invention Convention. Her design blew everyone away and she received the highest award at the event. Now, Kylie’s idea is turning into a reality. 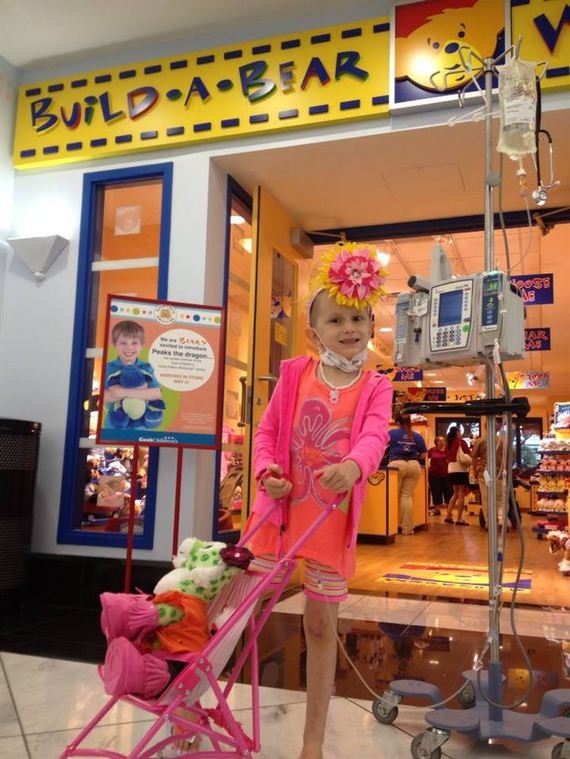 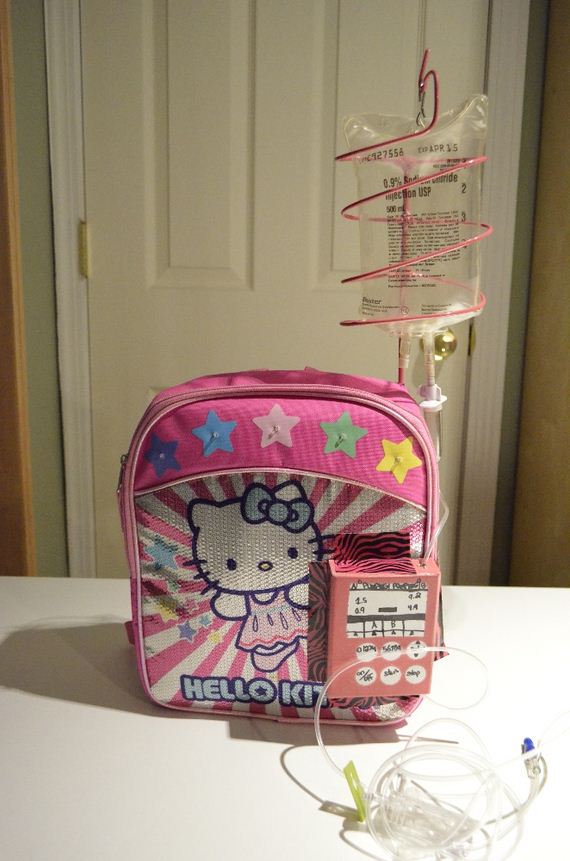 The above image is of Brooke. She’s undergoing treatment, and to get around, she’s forced to bring an IV pole and drip bag everywhere. For a child, not only is this intimidating, but it’s quite a hassle. Kylie’s backpack would eliminate that. 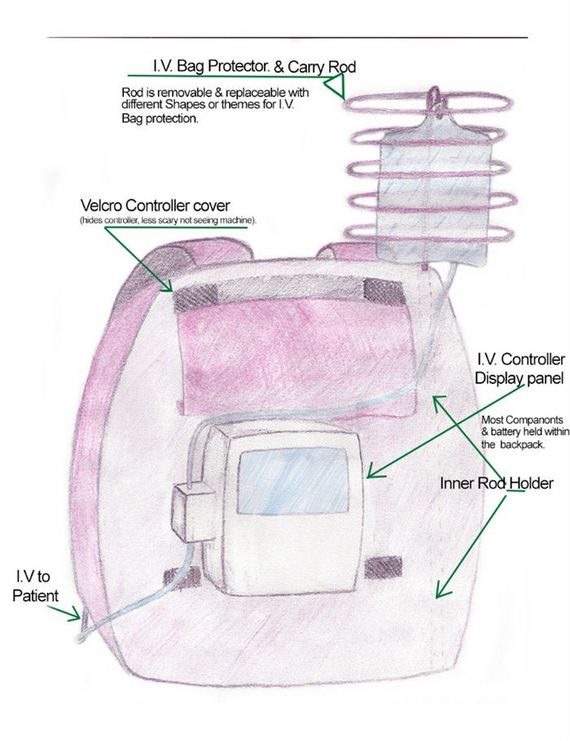 Kylie has the design all figured out, not only to keep the IV bag protected, but also to make sure the backpack is extra stylish. Now, Kylie is looking to build a prototype. This project will cost thousands of dollars, so Kylie launched a Go Fund Me campaign to help raise money.

As a cancer survivor, what Kylie is doing to help others is simply incredible. She has already reached her fundraising goal, and everything in addition will go toward manufacturing the first usable IV backpack. 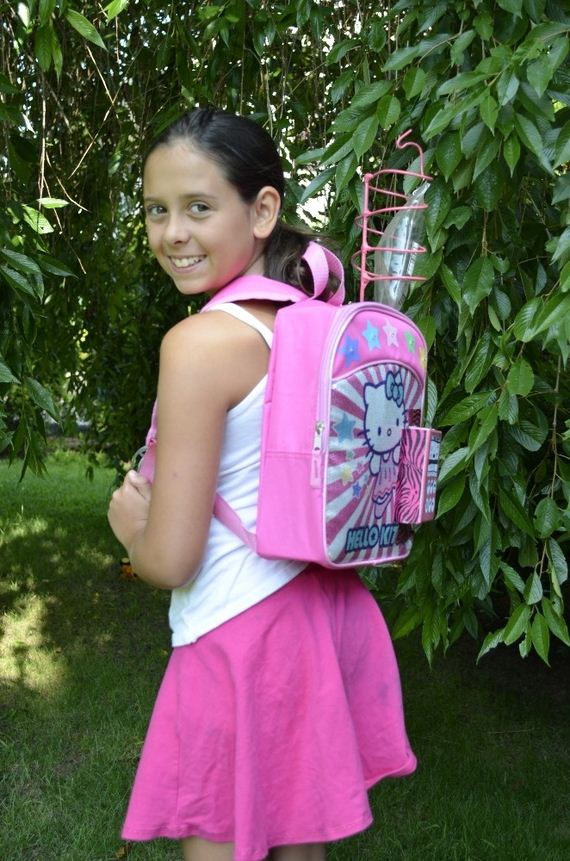 To learn more about Kylie’s invention and progress, check out her Facebook page, Twitter, website, and Go Fund Me. You can also check out her campaign video here.