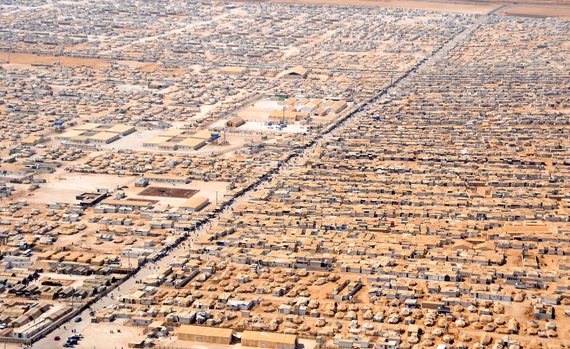 This is an aerial view of the Zaatari camp for Syrian refugees in Jordan. Since the camp opened in July 2012 hundreds of refugees have arrived daily and the population reached 144,000 in 2013. According to the New York Times, the number decreased to 85,000 in 2014, but the camp has become an informal city.

Despite the situation, there is something close to a sense of normality, people have started their own businesses, so there is pizza delivery, a pick-up service to the airport and some urban developments.

These satellite images taken by Airbus Defence and Space show the fast pace of development and settlement throughout the years: 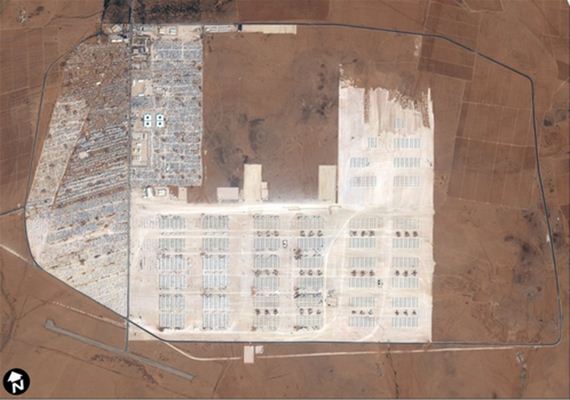 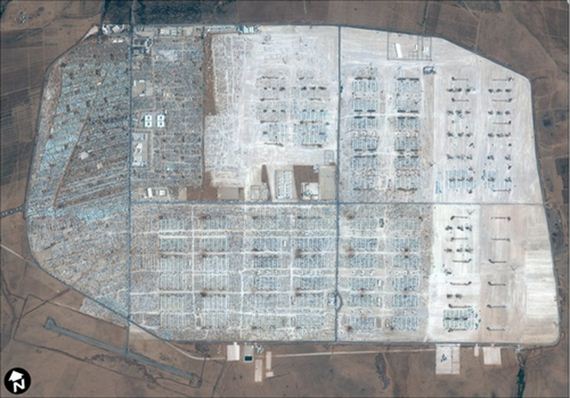 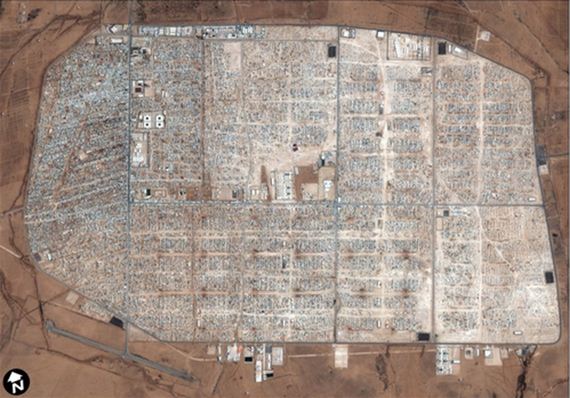